Australia plays host to a number of horse races each year, many of which are attended not only by a large percentage of the country but by international competitors and spectators too. Betting on these horse racing events is hugely popular and can be done on a number of online sites as well as at the actual tracks on the day.

Although there are a great many races happening all the time, there are five in particular which offer top class excitement and betting opportunities.

The race that stops a nation. So named because it has its own designated public holiday. Most of the Australian population either watch the race or place bets on it, and the lucky ones get to go and watch it live. The Melbourne Cup is run over 3200 meters at Flemington racecourse in Melbourne.

The Cup has showcased some of the country’s top horses in the past such as the great Makybe Diva. The Melbourne Cup is a handicap race, which means that all horses carry different weights in order for them to theoretically cross the finish line at the same time. Betting on this race should be done with this in mind, accompanied by a solid knowledge of the runners.

The Cox Plate is the country’s premier weight for age championship. Horses carry weight in accordance to their age; the older and more mature the horse the heavier the weight it carries. This makes the race “purer” than the Melbourne Cup according to hardcore racing enthusiasts.

The Cox Plate is run at Mooney Valley over a distance of 2040 meters. In recent years the mighty Winx has won it two years in a row, entering herself into the halls of immortality. Betting on this race is offered by almost all horse racing betting sites, with many different odds and betting markets to choose from. The Caulfield Guinness, run at Caulfield is known as the stallion prover of the year. The race is open to three year olds of both sexes. Historically, many of the country’s top colts have gone on from here to become top stallions.

The race is short, only 1600 meters and all horses carry the same amount of weight.

This means that the best horses shine through, and hopefully go on to compete against older horses at the Cox Plate. The Guinness opens the three day racing festival at Caulfield.

Australia’s’ premier sprint race run over 1200 meters, this race is the only one in the country where 24 horses can all run in a straight line to the post. Black Caviar entered and won the race in 2011, adding it to her unbroken string of victories.

The Newmarket handicap traces its roots back to the mid 1800’s, making it one of the oldest races in the country.

Another short distance race, this one unofficially marks the opening of the Melbourne Spring Carnival. It is one of the first Grade One races of the year and attracts a large field and furious betting.

The Turnbull Stakes sets the scene for the years later races such as the Cox Plate and the Melbourne Cup. It is one of the earliest talent defining races on the calendar, and a must watch for those who wish to place bets on races later in the year. 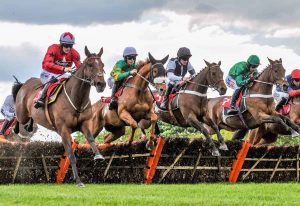