Horse racing undoubtedly receives far more attention in the United States, United Kingdom, Europe, and Australia than it does in Africa.

Most fans of the sport do not know about the rich history of the sport in Africa and about the prestigious races and beautiful tracks that have a home in the unknowns of the motherland.

It was the British who initially brought the sport to Africa when they took control of the Cape Colony in South Africa back in the late 1700s. The sport is gaining momentum year on year in South Africa and beyond.

As Africa continued to grow economically throughout history, and especially with the discovery of diamonds and gold in South Africa, more and more thoroughbred horses were being brought down from Europe to entertain the imperials who carried out their missions.

As more and more rich Europeans moved to Africa throughout the 19th century many began investing in horse racing in the region.

In the modern-day South African casinos and bookmakers continue to ensure that the sport survives and thrives as the loyal and wealthy fanbase continues to grow worldwide. African governments also realize the potential the industry has for wealthy tourists, as tourism is one of the continent’s biggest exports.

Cape Town is one of the top tourist destinations in Africa as well as the world, showcasing everything that the continent has to offer from sunny weather to beautiful beaches and a uniquely African city.

Tourism is huge in Cape Town so it’s no surprise that one of the most expensive races on the continent occurs here.

Well known to be Africa’s richest race, offering up the largest purse to the winning jockey, the Sun Met takes place in Cape Town’s well-known Kenilworth Racetrack. The event has drawn crowds of up to 50 000 in the past and the horses and racers have gone on to achieve international success. Mauritius is a rather small island off the south-eastern coast of Africa with a population of just over 1 million people. It is also well known to be one of the most beautiful places on the planet with dense forests and luxurious island getaway destinations for tourists and locals alike.

Coupled with the dreamy destination comes one of Africa’s most prestigious horseraces, the Champ de Mars. Horseracing has become the country’s most important sport as it’s linked with tourism to make a big economic impact.

Other notable races happening in Mauritius include the Barbe Cup, Maiden Cup and Duchess of York Cup, all of which are as exciting as the games at https://www.australianpokiesonline.net/. 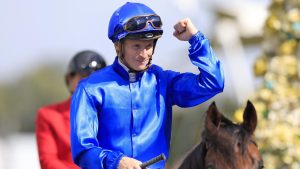