Horse racing has been a part of the modern world for the better part of two centuries, and has been among the most popular pastimes of the past few decades. It’s seen glorious heights and some serious lows, but for the most part, the sport of horse racing has remained a crowd-pleaser, and is still going strong to this day.

The history of horse racing betting is an interesting one, and like many of today’s modern sports, can be traced back to Great Britain. One of the reasons the sport has become so popular is due to the many different types there are. There is the standard racing, with one horse and one rider; there’s harness racing, while not as popular, still has a strong following; and there are multiple different kinds subgenres for each type of racing.

Today, horse racing betting couldn’t be more different than what our ancestors dealt with, but the premise of the pastime has remained much the same: pick on a horse, or multiple horses, place a wager, and hope the betting choices were the right ones, and it’s a premise that has withstood the test of time.

The Origins of Horse Racing Betting

While there is plenty of historical evidence that points to the fact that there was very likely horse race betting among the ancient civilisations, it was so different to our modern variation that it’s not considered part of the modern sport we know today.

The first horse race bets that took place are tied in closely with the sport itself. During the late 1800s, as the Industrial Revolution was underway, many wealthier businessmen found themselves with too much money and time on their hands.

These were often men that owned a number of assets, and as horses were slowly becoming more linked to wealth, so did more people begin breeding them for purposes other than farm work.

It didn’t take long for some of these men to begin racing against each other, mostly done privately and among friends. From there, small wagers were made, and it quickly dawned on some of these men that they could make their new-found sport available to the public, forming a totally new kind of sport: horse racing.

Soon enough, professional horse racing was underway, and people would travel far and wide to see the horses in action. Watching them often wasn’t enough, however, and the potential to start betting on them made waves throughout the racing world, and the first bookmakers began offering wagers that multiple people could take part in.

The sport expanded like wildfire over the next few decades, and saw constant growth in England. Many of England’s colonies took up the sport, such as Australia, North America, and South Africa.

Today, horse racing and horse race betting is extremely prevalent across the world, and shows no signs of slowing down within the next few years at least.

The Complete Guide to Harness Racing 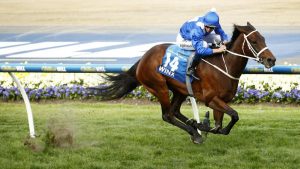 The Four Fundamentals that Make a Great Race Horse