Understanding The Process Of Retirement For Racehorses

A good racehorse can go out on to the circuit for many years of its life. Starting from a young age, the horses are trained almost every day to be strong, confident, fearless, and calm, no matter what kind of environment they find themselves in.

But even the best racehorses of all time eventually succumb to old age and are forced to retire. Retirement is a fairly big deal for a horse, especially if it’s been one that has otherwise seen a lot of success during its career. Here we will look at the causes of racehorse retirement and what happens to them once they are no longer racing.

An extremely common way for a racehorse to be forced into retirement is when they suffer some kind of injury while training or racing that leaves them unable to continue on the track. Racehorses are subject to a lot of physical strain, and it doesn’t take much for an injury to occur.

Unfortunately, due to the unique anatomy of horses, even minor injuries can render them unable to perform even simple tasks, and it’s a part of the reason that horses are often put down when they break their legs; the leg is unlikely to ever heal properly again, and the horse will most likely never be able to use it.

Ligament tears, fractures to bones, persistent fatigue, and even mental issues can all lead to a racehorse having to retire, even if they’re not that old, in which case a punter might have to try something like online betting NZ until a new favourite enters the scene. 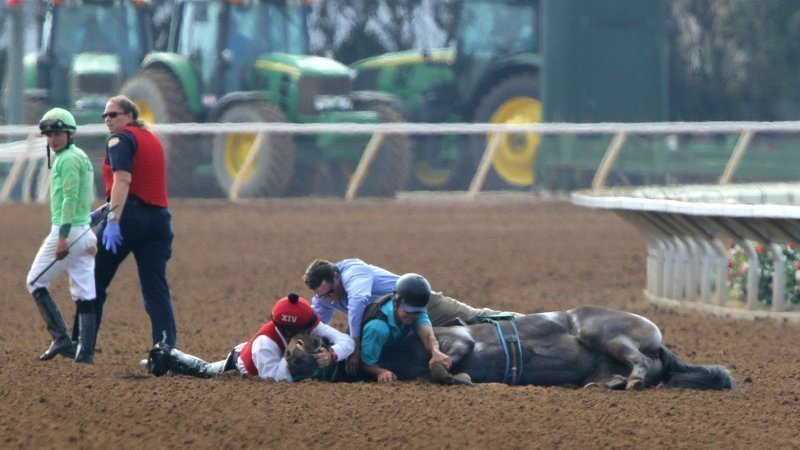 A horse has to have a specific combination of traits in order to find success while on the racecourse, and even if they’re missing just one of these characteristics, it’s often enough to ruin their chances of success. A horse can be trained from the day it was born to be the ultimate racer, but often enough, once they are on the track, they simply lack the speed to keep up or overtake their competitors. Sometimes it’s a genetic reason, but it can also be because of the horse’s temperament – horses that are shy and scare easily will generally have a much harder time concentrating while on the racecourse.

No matter how much success a horse has found, they can’t outrun time, and eventually old age will disallow them from competing. This happens to every horse eventually, although old age is often a much better fate than a long-term and painful injury. Some of the greatest racers of all time eventually grew old and had no choice but to retire.

For the most part, racehorses will spend the golden years of their lives working as show horses, for training, or simply as a pet for the owners. It’s quite common for popular and famous horses to go around on shows for fans, and spend much of their time at events, and for the rest of the time they’re given free reign, where they can spend their days out in the paddocks.