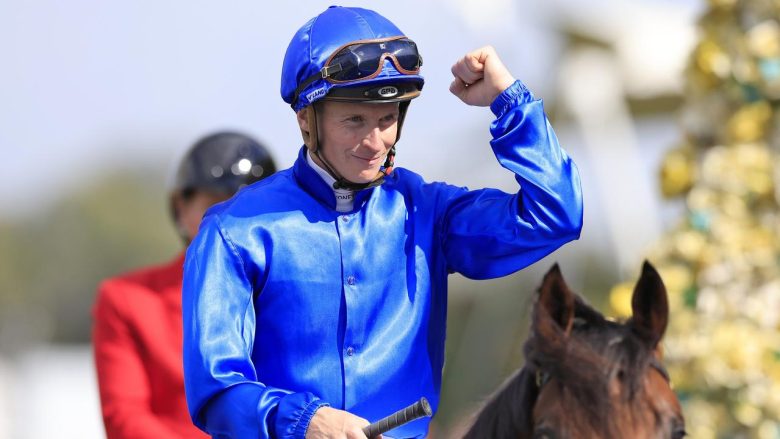 Although how it all began might be lost to time, sports of all shapes and sizes have long been associated with luck and superstition. It makes sense, especially as many people consider that a winning hand or a victorious horse is the product of great luck rather than probability.

This notion of luck has extended deep into the world of professional jockeys, and even the most sceptical among them have their little “habits” that they believe gives them a better chance of winning. It’s usually personal to each jockey, but the general basis of the superstition and the related habit are much the same throughout.

It’s extremely common for jockeys to step on things before they use them. It can range from any time, but it’s usually the gear that they would use on their horses or for themselves.

The idea is to throw it on to the ground, step on it once, and then afterwards the item can be used for its intended purposes. It’s an interesting superstition that has made the rounds several times over the years, and many feel that because it’s such an innocuous and easy thing to do, there’s no harm in doing it.

Starting With The Right Foot

This is such a popular superstition that it supersedes the realm of pro jockeys simply due to the fact that it’s done by people around the world, regardless of their class, profession, or background. It’s as simple as ensuring that when you wake up in the morning, you always make sure to stand on your right foot when getting out of bed.

The idea is that it will bring luck to the rest of the day and the person’s endeavours, and similar to the above superstition, it’s a habit that doesn’t really cause any harm to do on a regular basis. It’s also extremely easy to follow and is practised by millions of people across the globe.

This isn’t so much a superstition that’s specific to jockeys, but rather to the people that bet money on the jockeys. It’s a very common superstition to never take out any wagers on a horse racing even with a $50 note in your pocket.

A similar superstition to this one is to never take a $50 from the bookie after a successful bet or when getting change, and it can even apply to other kinds of betting like Canadian online gambling. These kinds of superstitions can vary widely depending on the region and the kinds of rules that are in place, but for the most part when it comes to physical money, the main focus is on $50 specifically.

Another common belief among jockeys is the power of wearable items. This can be a shirt, a wrist band, a hat, a ring – just about anything imaginable can be used as a superstitions item, and it’s usually something of sentimental value to the jockey in some way. 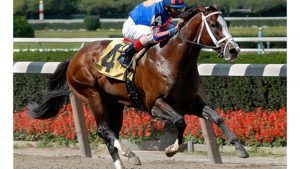 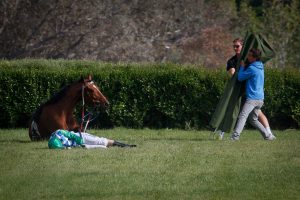